That sure is easier than trying to think of a clever name for a post every day.

In deference to CtH, my personal editor, I will endeavor (or endeavor, if you’re British) to shorten this a bit so it won’t take so long to load.

MAYBE IT’S JUST ME, BUT I REALLY ENJOY IT WHEN THE LEFT EATS THEIR OWN.

Griffin stirred controversy when she participated in a June photo shoot featuring a prop bloody head resembling the president, and she subsequently brought in Bloom to deal with the fallout, which included losing her gig as co-host of CNN’s New Year’s Eve program. Griffin found Bloom’s work dissatisfactory and accused her of “fame-whoring” in a recent interview with the Daily Beast.

The Los Angeles-based attorney most recently grabbed headlines after she represented – and days later, didn’t represent – Harvey Weinstein following the release of stories detailing numerous allegations of sexual harassment and abuse against the Hollywood film mogul. 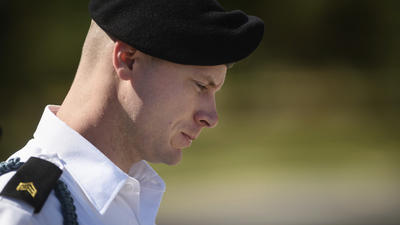 FUNNY… EVERY CASE OF A WHITE OFFICER SHOOTING A BLACK PERSON DURING THE OBAMA YEARS, HE BLAMED THE COP OUT OF HAND. NOBODY MINDED WHAT THE PRESIDENT SAID THEN.

The judge deciding Army Sgt. Bowe Bergdahl’s punishment said Monday he is concerned that President Donald Trump’s comments about the case could impact the public’s perception of the military justice system.

Sentencing was set to begin Monday for Bergdahl on charges that he endangered comrades by walking off his post in Afghanistan in 2009. But the judge, Army Col. Jeffery R. Nance, instead heard last-minute arguments by defense attorneys that recent comments by Trump are preventing a fair proceeding. Bergdahl faces a maximum sentence of life in prison.

RUSH ALWAYS SAID LIBERALS ARE DANGEROUS WHEN THEY HAVE POWER. WHEN THEY DON’T THEY’RE JUST FUNNY.

[CtH: But did you notice how, when they had a super majority, they were STILL mad at Republicans about everything?]

Thousands of concerned citizens will take part in a new ritual of sorts, commemorating the anniversary of Donald Trump’s election by screaming at the sky.

Over 4,000 Facebook users have RSVP’d—another 33,000 are interested in attending—to the Nov. 8 event being held in Boston that is quite literally titled “Scream helplessly at the sky on the anniversary of the election.”

Holder on Future Political Ambitions: ‘I’m Not Saying No’

MORE IN COMMENTS AFTER THE OBLIGATORY SILLINESS