Yesterday, President Trump removed us from the Joint Comprehensive Plan of Action (JCPOA) — aka, the Iran nuclear deal — that Obama got us into with great fanfare in July 2015.  Anyone who has listened to Trump over the last several years should not be surprised by his decision. 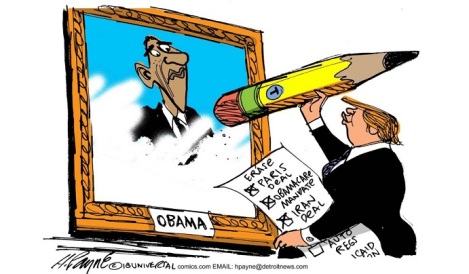 “Donald Trump isn’t ripping up a treaty; he’s walking away from Barack Obama’s personal pledge. Two and a half years ago, President Obama made a bad deal with Iran without support from Congress, and today President Trump is pulling out of President Obama’s personal commitment, and he doesn’t need Congress’s support to do so.” -Sen. Ben Sasse, R-NE

Comments Off on Obama’s Iran Deal is DEAD