LOVE TRUMPS HATE: In August 2019, a Black Democrat and a White Republican visited the two sides of the street outside a Trump rally in Cincinnati, Ohio to see how Trump’s supporters and the Anti-Trump protesters would react to them.

The results were remarkable, though not at all surprising to any of us who have been paying attention.

If you have time, the full, raw, and unscripted video is worth watching @ https://www.youtube.com/watch?v=iOFKTewi63U.

FOREIGN THREATS: [4:05] – No matter what the realities are, Pelosi will disagree with Trump.

Democrats might have a teensy weensy bit more credibility if they agreed with Trump on occasion.

Even a broken clock is right twice a day.

TRUMP: [7:04] – After two weeks of negotiations, the White House and Democrats failed to agree on a second COVID-related economic relief bill. The president responded on Saturday by signing executive orders providing Americans with temporary relief. Cue Democrats shrieking about how that’s not legal.

Mike Wallace asked Nancy Pelosi, “They were offering $150 billion for cities and states. You wanted $900 billion. The result of no deal is that the states and cities, which we all agree do need some money, are going to get nothing. I guess the question is — and I’m not saying it’s all your fault anymore than it’s all the Republicans’ fault, but the failure to make a deal is going to result in a lot of people and a lot of entities that were in need ending up with nothing.”

Pelosi said that if lawmakers return to negotiations, she and her Democrats will continue to refuse to cut many of their extraneous demands.

AG Barr was right when he said they’ve abandoned democracy in favor of total victory at any cost.

COVID-19: I’m fine with the free part. Not the rest! And I don’t even understand it. If the idea of “herd immunity” is real, then what difference does it make if a minority choose, for whatever reason, not to be vaccinated?

I turn down the flu shot every year. My husband gets it. I’m homebound, while he goes out in the world, and him bringing home germs is the greatest risk for me.

With my crappy immune system, me getting the shot would be 100% risk, while me not getting it has to date been no problem.

So, I absolutely will NOT get a coronavirus vaccination. We’ll have to see how safe it is and if it was made with fetal cells before deciding about whether Dearest will get it.

WHITE HOUSE SIEGE: Occupy Wall Street trailer [2:25] – The scenes of violence and the absurd talking points spewed by the Democrat Left are sickeningly familiar … almost like Occupy, Antifa, and Black Lives Matter are all part of the same Democrat Left monster.

Cuz, duh, they are. And they’re coming back to lay “siege” to the White House, starting September 17. They claim they plan to stay until election day. Hmm … yeah. I’m not seeing Trump or the Secret Service letting that happen. 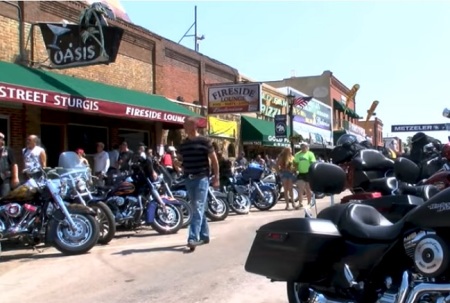 HYPOCRISY: Leftists are melting down over the “public health threat” allegedly posed by this week’s annual Sturgis bike rally.

These are the same people who have been cheering on BLM and ANTIFA rioters all summer.

The Left wants every American patriot on lock down and every anti-American anarchist free to wreak havoc. 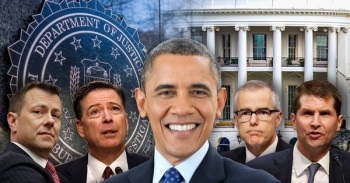 SPYGATE: If you’re following this, you shouldn’t miss this article, “The Spies Who Hijacked America” by Steven P. Schrage, PhD – “People who convince themselves that they’re really smart often do the dumbest things. I’ve fallen prey to this dynamic myself in the past. Yet perhaps no one in history is a better example of this than the Cambridge Four. Their story is both a tragedy and a farce—think Jason Bourne meets Austin Powers — with larger-than-life characters that might be equally at home in a Saturday Night Live skit or a John Le Carré spy thriller. Yet the damage they did is deadly serious.”

WTF?: The Massachusetts Bail Fund group posted $15,000 bail to put a Level 3 sex offender awaiting trial on rape charges back on the streets … where he has raped again.

This entire project is either being run by bleeding-heart morons with a seriously flawed understanding of what bail is (i.e., criminals surrender their OWN money if they don’t show up for court) …

… OR it’s being run by leftist anarchists who WANT criminals on the streets.

RAPING BABIES: This happens. I was 18 months old. 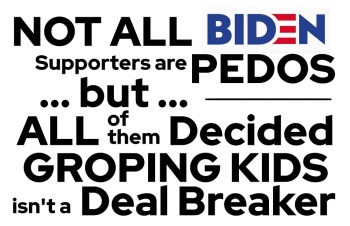 BIDEN: Democrats’ “commitment” to #MeToo is a very unfunny joke. As far as I can tell, the only truly sacred cow they have is taxpayer-funded abortion on demand without any restrictions whatsoever.

This includes basic health and safety regulations that protect us not only at medical facilities that do other outpatient procedures, but also at restaurants, hair salons, barber shops, and tattoo parlors.

We have waiting periods for gun purchases and minors who can’t get piercings without a parent’s permission. But apply any of these common sense rules to abortion and, Whoa Nellie, the abortion industry races to the courts for an injunction, then ties them up for years in court fights.

Meanwhile, Kermit Gosnell was allowed to maim and kill not just viable, unborn and even liveborn babies, but also their mothers in his filthy clinic where a teenager was administering drugs.

This, despite multiple complaints over many years, that resulted in exactly zero health inspections. Because ABORTION.

In fact, Gosnell was only taken down because he got greedy and started selling opioid prescriptions. It was the DEA, not the medical community or the health department, that raided his den of horrors.

PEDO GROOMING: Hasbro’s spokesperson said, “This feature was designed to react when the doll was seated, but we recognize the placement of the sensor may be perceived as inappropriate. This was not intentional and we are happy to provide consumers with a replacement Poppy doll of similar value through our consumer care team. We are in the process of removing the item for purchase.”

Given the amount of time and research toy companies put into new releases, it’s pretty appalling (or just downright unbelievable) that NOBODY at Hasbro thought this crotch button was a problem.

BIDEN: Less than a year ago, Joe Biden’s son, Hunter, swore to the courts that he was flat broke.

“I attest that I am unemployed and have had no monthly income since May 2019. I currently have significant debts (in part as a result of obligations arising from my divorce which was final in April 2017).” – On November 27, 2019 affidavit in paternity suit.

The Biden campaign did not respond to questions about where he got the money.

BIBLE RESCUE: [1:57] – Bible Rescue is a non-profit organization dedicated to rescuing family bibles, preserve the family histories recorded in them, and reunite these priceless documents with living family members.